Not sure if you can forgive? How an associate learned the mess and power of it. 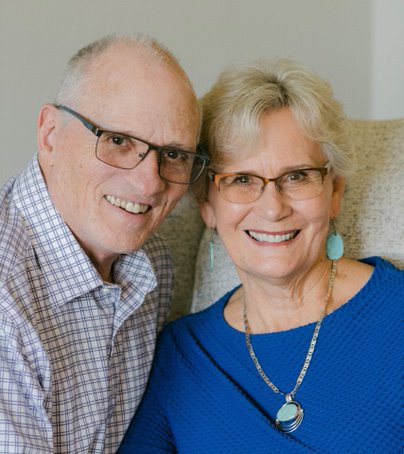 Tom Kopp didn’t really want to go to jail. But, after living all over the world, he’s learned a couple of important things that he wants to share with others — first, that God is with him wherever he goes, and second, that God cares about everyone.

So, this past fall, he joined a group of missionaries to speak at perhaps the first missions conference in an American prison.

“What can I say to them?” Kopp asked. “How can I possibly relate? So, first I prayed and prayed that the Lord would give me the strength.”

The next question was easily answerable. Why would prisoners want this when they can’t actually go overseas themselves?

They can pray, Kopp recalls a prisoner saying.

Plus, they wanted to know what God was doing in other places. This church is 100-people strong with some seminary graduates in their midst and their own inmate pastor. The group of missionaries had experiences to share from South Africa, Bolivia, Southeast Asia, Hong Kong, and Ethiopia.

Kopp and his wife, Bonnie, spent 15 years living in South Africa. Then, when he taught missions at Multnomah University for 20 years, they took students on short trips to various countries. Since they joined Paraclete in 2012, they’ve been to about a dozen more. But the story that came to mind to share with the prisoners in Florida was about an experience they had in Rwanda.

In 2004, the Kopps were invited to teach about forgiveness at a church by a Rwandan pastor who’d lost 37 family members in the 1994 genocide. Some reports say the genocide may have killed as many as 1 million people during a 100-day period.

First, the Kopps’ hosts took them to visit the Kigali Genocide Memorial so they’d be able to visualize and better understand some of the horror of the event. It was one of those trips, though, when Kopp felt overwhelmed by the task, that could offer no easy answers, and he had to trust the Holy Spirit to work.

The church members were wrestling with the trauma and pain. Some of those who were jailed for the killings became Christians in prison. But when they were released, they began attending church alongside some of the people they’d harmed. And the church members couldn’t trust them, Kopp said.

“They said all of their anger and their hatred and bitterness came back because the (trauma) was still in their minds that they hadn’t processed,” Kopp said. “One pastor stood up at our meeting, and he said, ‘How can I possibly forgive? When I’m preaching, I look out there, and I see the very two men who did this to me.’ He pulled his collar back, and you could see this very deep gash in the back of his neck.”

Then things got worse.  As Kopp and his team were teaching about forgiveness, many there even became angry and said they hated the speakers. The crowd got louder. The Rwandan pastor told the team to spread out and pray. That’s when things changed.

A woman from one tribe turned toward a woman from another tribe on the opposite side of the room, Kopp said. They ran toward each other and, without realizing it, they caught Bonnie up between them in a huge hug.

“It’s like they didn’t even see her,” Kopp said. “They lifted her off the ground. And they’re both wailing on either side of her, tears making her wet.”

“A lot of them have a lot of regrets and probably a lot of sorrow,” Kopp said.  “The prisoners had specifically mentioned they really appreciated the story about forgiveness because those are issues that they are all dealing with. There’s so much anger and frustration and misunderstanding in their families.”

And in turn, the prisoners were able to encourage the missionaries.

“Sometimes we wonder if our faith would stay strong if we were in very adverse circumstances,” Kopp said. “But you realize the Holy Spirit does do amazing work, empowering work. He does change lives. And I think I was probably more encouraged than the prisoners.”

Financial accountability is important to Paraclete.  We have been members of the Evangelical Council for Financial Accountability (ECFA) since 1998.  Our Financial Statements were audited for 2013, 2014, 2015, 2016, 2017, 2018, 2019, and 2020 by Capin Crouse, LLP.  Paraclete is registered for charitable solicitation in all states that require it.