They couldn’t be more different. But serving others together forged their lifelong friendship. 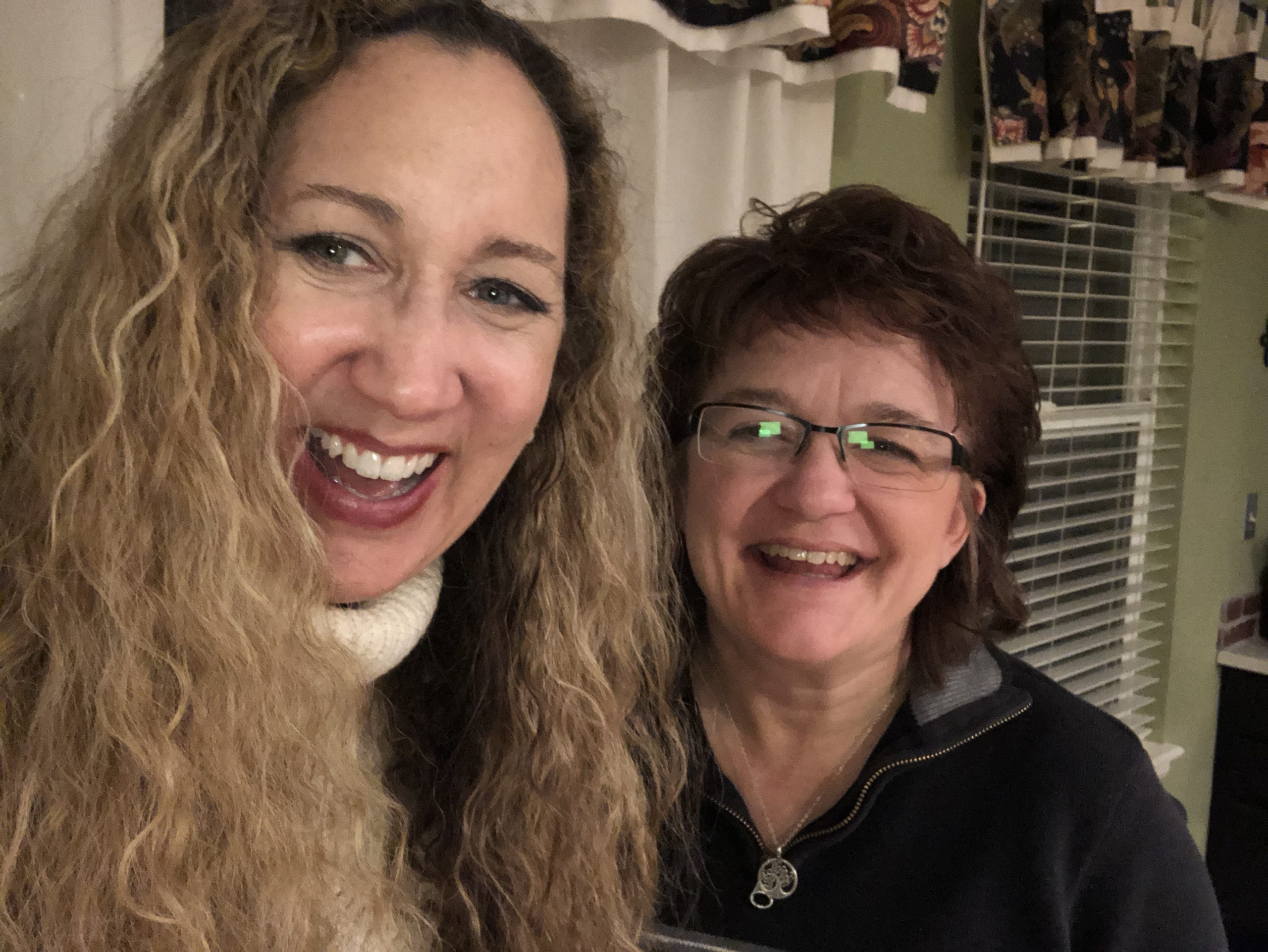 “She thought I was super quiet and reserved,” said Nelson.

It was 2016 and they were serving together at a women’s retreat in Lesotho. Nelson was the counselor who likes to dress fashionably. Callahan was the boisterous worship leader who prefers t-shirts.

About a year later at a different retreat in Mozambique, they bonded overeating “a lot of” Indian food.

“We need to be friends because I’m kinda freaking out in my room all by myself,” Nelson told Callahan. “And that started our friendship.”

They’ve since traveled around the world together, serving together with Paraclete and with Thrive retreats. They’ve battled sicknesses together in hotel rooms.

“Hands down one of my most fun memories was when we both got super sick in Estonia,” Nelson said. “We were in this hotel room…hacking up a lung. All that fit in between our beds was a trash can. We would toss the tissue box back and forth. We were laughing so hard. I’ve never had so much fun being sick before.”

And they’ve stayed up way too late talking. 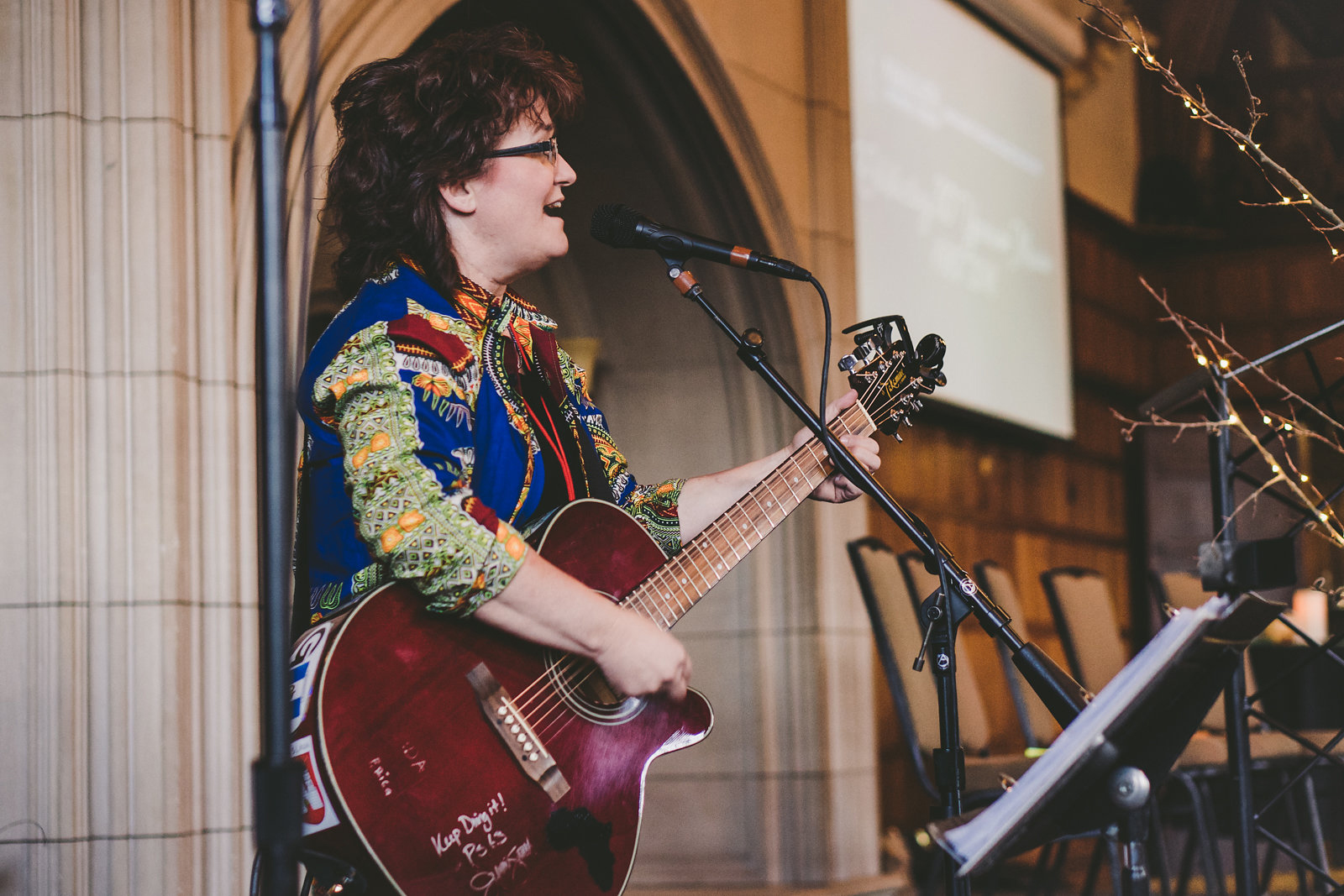 “I’m really super talkative in the evenings and Sonia’s really good at listening—I think it works really well,” Callahan said. But “sometimes she says I need to shut it off and go to sleep.”

Callahan spends their off days on trips seeking out adventure.

Nelson, on the other hand, “was like, ‘no I’m going to go sit on the beach and have a massage,’” Callahan explained.

But for all their differences, they share a desire to care well for global workers who need encouragement.

The women serving in different countries often haven’t sung worship songs corporately in their own language of English in years, Callahan said.

The first time she did this, she noticed, “These women were bawling and on their knees and worshipping. I’ve done worship for a lot of different things—church, youth. At that moment, I realized this was my sweet spot: leading worship for women and speaking to their hearts and just letting the Lord minister to them through music.” 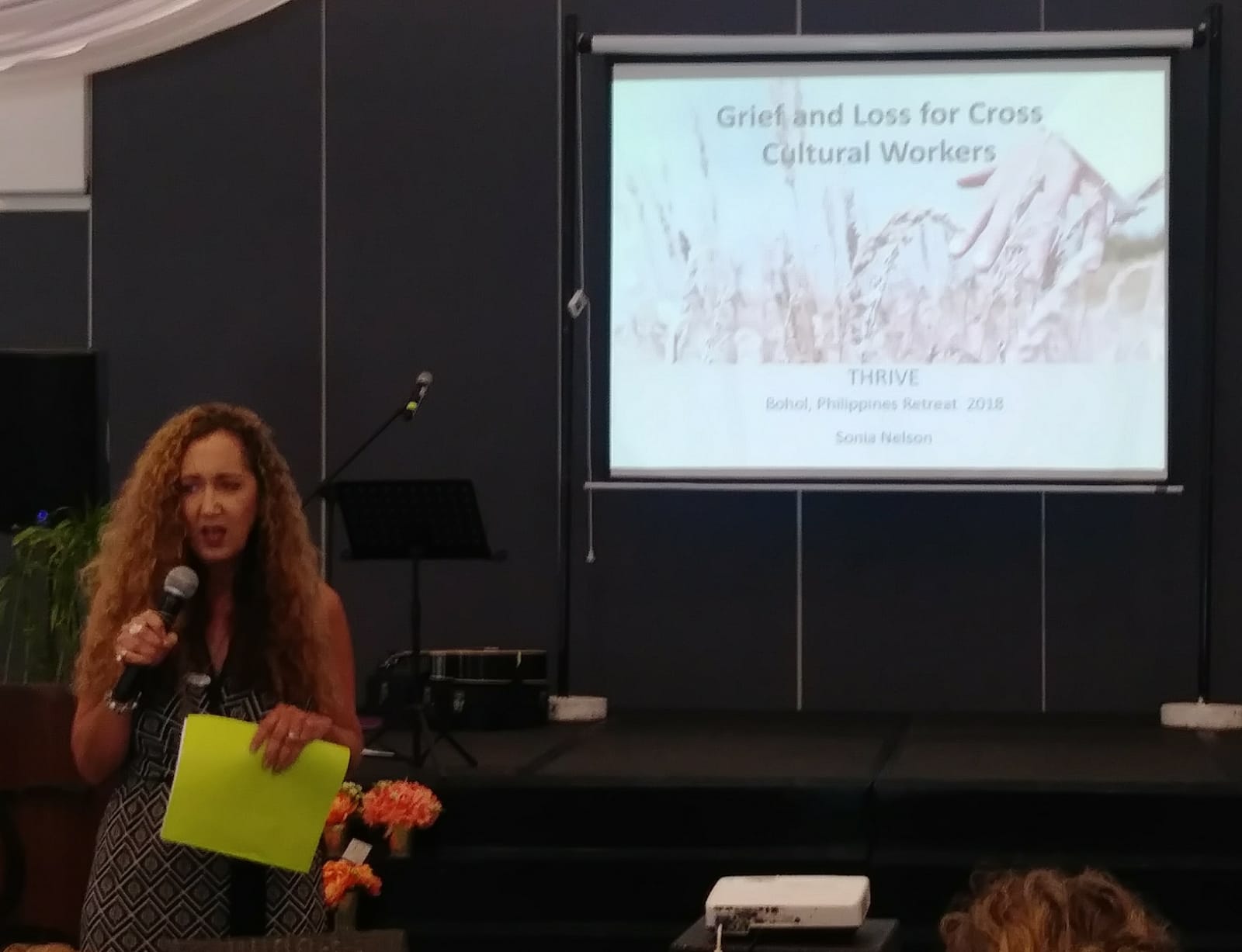 Nelson had her own epiphany about how she can use her strengths to serve in missions. She grew up in a family that does mission work, but doubted her gifts fit.

“I had gone to the meetings and listened and just didn’t feel it,” Nelson said. “Everything they were saying to do…nobody wants me building their house. How is that a gift to somebody? It would fall apart.”

But while she was getting her counseling degree, she met someone from Thrive, a ministry that hosts retreats around the world for global workers.

“I felt like God was saying, ‘if you serve with this ministry, you can go to all the countries,’” Nelson said. “You’re going to meet with women who serve everywhere. The Holy Spirit moves on those retreats. It’s unbelievable. What will normally take weeks with a client in sessions happens in 45 minutes. He takes my brokenness and heals someone with it.”

Both Nelson and Callahan have been through hard times in their personal lives.

“I think it makes us maybe more tender toward allowing God to use us to minister to women that are broken, too,” Callahan said. “Unfortunately, we have to go through hard times sometimes, but God doesn’t waste anything.”

In fact, their friendship deepened when Nelson heard that the cancer she’s battled since 2014 had metastasized in 2018. Callahan would visit and play music for Nelson. For a few years, they lived in the same state. They also made time for each other’s family events, kids’ dedications and worship services at Callahan’s church. 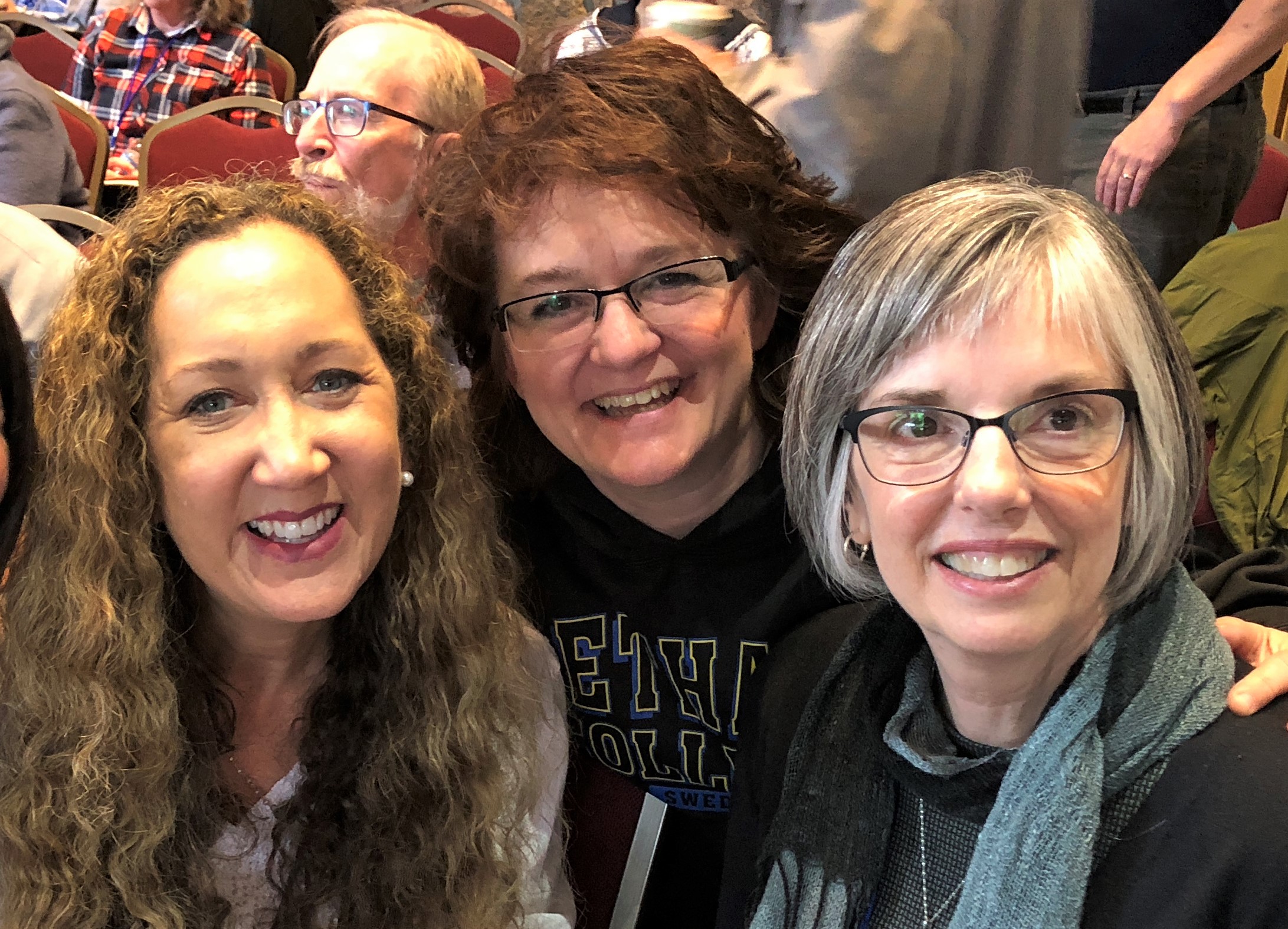 Other Paraclete associates have friendships that have formed through ministry.

“When you serve with someone, you get to see a deeper part of someone immediately,” Nelson said.  “That’s true for me with my Thrive friends, I only see them in foreign countries even though we all live in the States. You’re working together. You already know they have a heart for serving.”

Callahan and Nelson now live in different states, but that doesn’t stop them from figuring out times to meet. Callahan recently went down to Texas to help Nelson unpack from her recent move. This time, though, it was Nelson who showed her energetic, determined side, despite it being an “off week” with her chemotherapy.

“You’d never even know she was sick,” Callahan said. “We were be-bopping around everywhere and doing a bunch of stuff. And she was seeing clients in between unpacking and everything. Pretty amazing.”

Nelson doesn’t let much stand in her way, Callahan noticed. But then again, they had a particularly important mission to accomplish that week, too.

“In Waco, she was like, ‘I need to buy the perfect t-shirt,’” Nelson said of Callahan. “I’m like, ‘that’s something you’ll never hear me say.’”

Financial accountability is important to Paraclete.  We have been members of the Evangelical Council for Financial Accountability (ECFA) since 1998.  Our Financial Statements were audited for 2013, 2014, 2015, 2016, 2017, 2018, 2019, and 2020 by a national, independent accounting firm.  Paraclete is registered for charitable solicitation in all states that require it.