What do Christian leaders need during COVID? A ‘shepherd’s hut’ next to a castle

The prayer garden, on the former grounds of a medieval Scottish castle, is a place for questions. How do we serve others in a pandemic? When will it end? What happens next?

When donations come in, the garden will soon have something else quintessentially Scottish but more modest than a castle—a small, intimate, COVID-compliant “shepherd’s hut.” It comes with its own set of questions, said Furr, for the Christians who may come from near and far for prayer and connection.

“It opens up a space for the Holy Spirit to ask the questions, ‘where are you?’ ‘How are you…really?’ ‘Where are you going?’”According to Scottish tradition, shepherds’ huts are small buildings that provide rest for those tending their flocks. And a haven for the weary is just what we need, said Furr, who with his wife, Kirsten, founded the East Mountain United Kingdom community as an extension of their Paraclete ministry.

“What does it mean to be an ark of refuge in this time?” Chris asked.

Three years ago, the Furrs, who are Americans, moved to Scotland after spending 10 years in church-planting ministry in France. They’d enjoyed full-time ministry overseas…until they saw the flip side of working hard for God—burnout.

“Earlier on in our missions career, we were good evangelical missionaries…hard working,” said Chris. “We were willing to take the risks and were willing to go as Americans with ideas and be the spark plugs. That was part of our glory. But it was also very draining, and we weren’t able to connect with our hearts and stories.” 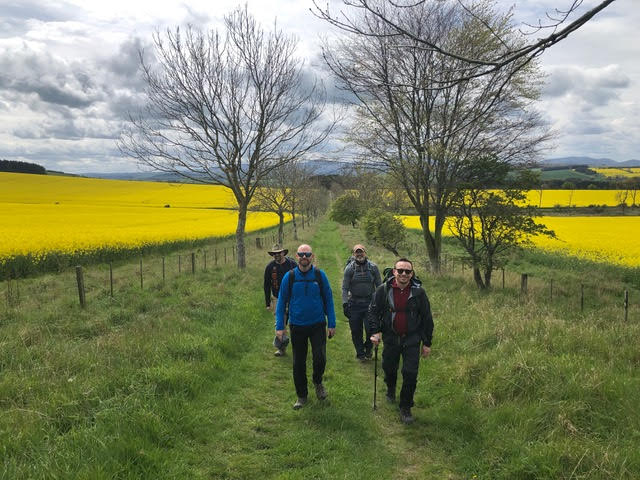 “We were coming to the end of lots of productive ministry and then gasping for breath, tapped out spiritually and physically,” added Kirsten.

Their ministry is now based out of their Scottish home right next to the prayer garden. As the pandemic forced the world to separate from each other and gave us an uncertain future, the Furrs have been working on making connections to ancient monastic rhythms and prayer traditions and with Christian leaders who are increasingly lonely. They’ve set up spiritual rhythms for community for participants near and (through virtual means) far—eat, pray, read, share, go. They offer introspective pilgrimages through Scottish ruins. They walk alongside people who need listening ears on their journeys. And in the midst of COVID restrictions—those walks are now often literal—in the fresh air and through their town, to the beach, through the forest and back through town.

The Furrs have committed to “engage our hearts intimately with Christ and with each other, so that we can continue to grow,” Kirsten said. “Everything else that we do flows out of that.”

It sounds enjoyably slow and beautiful—all true. But this kind of intentional listening, community and outflowing of missional living isn’t easy, Kirsten said.

“We’re willing to be messy together,” said Kirsten.

Many pastors, missionaries and Christian vocational workers are more often seen running than meandering through the countryside. Kirsten paused to search for this specific quote from 12th century monk, Bernard of Clairvaux to illustrate her point.

“If then you are wise, you will show yourself rather as a reservoir than as a canal,” Bernard said. “For a canal spreads abroad water as it receives it, but a reservoir waits until it is filled before overflowing, and thus communicates, without loss to itself, its superabundant water.”

Prayer sounds quiet and solitary, but it could be the catalyst to launching deep changes in the world, Chris said. The Furrs will spend this year considering joining a renewed monastic order that, in the 18th century, started 100 years of nonstop prayer. From that time of prayer launched some important missional movements throughout the world.

“We want to reignite that and see what God will do,” Chris said. “My heart as a leader is to see men and women take up their place in the great story.”

To learn more and donate to Chris and Kirsten’s ministry, visit here.

“Our old missions agency just wasn’t a good fit anymore…like a pair of pants that you bought 15 years ago that you really liked, and they served you well but they just don’t fit anymore for this season. So, we began to seek a different kind of agency…and it was the freedom that Paraclete offered and just the kind of people that were a part of it that was very attractive to us.”

1 thought on “What do Christian leaders need during COVID? A ‘shepherd’s hut’ next to a castle”