She travels the world. But it’s people who matter. 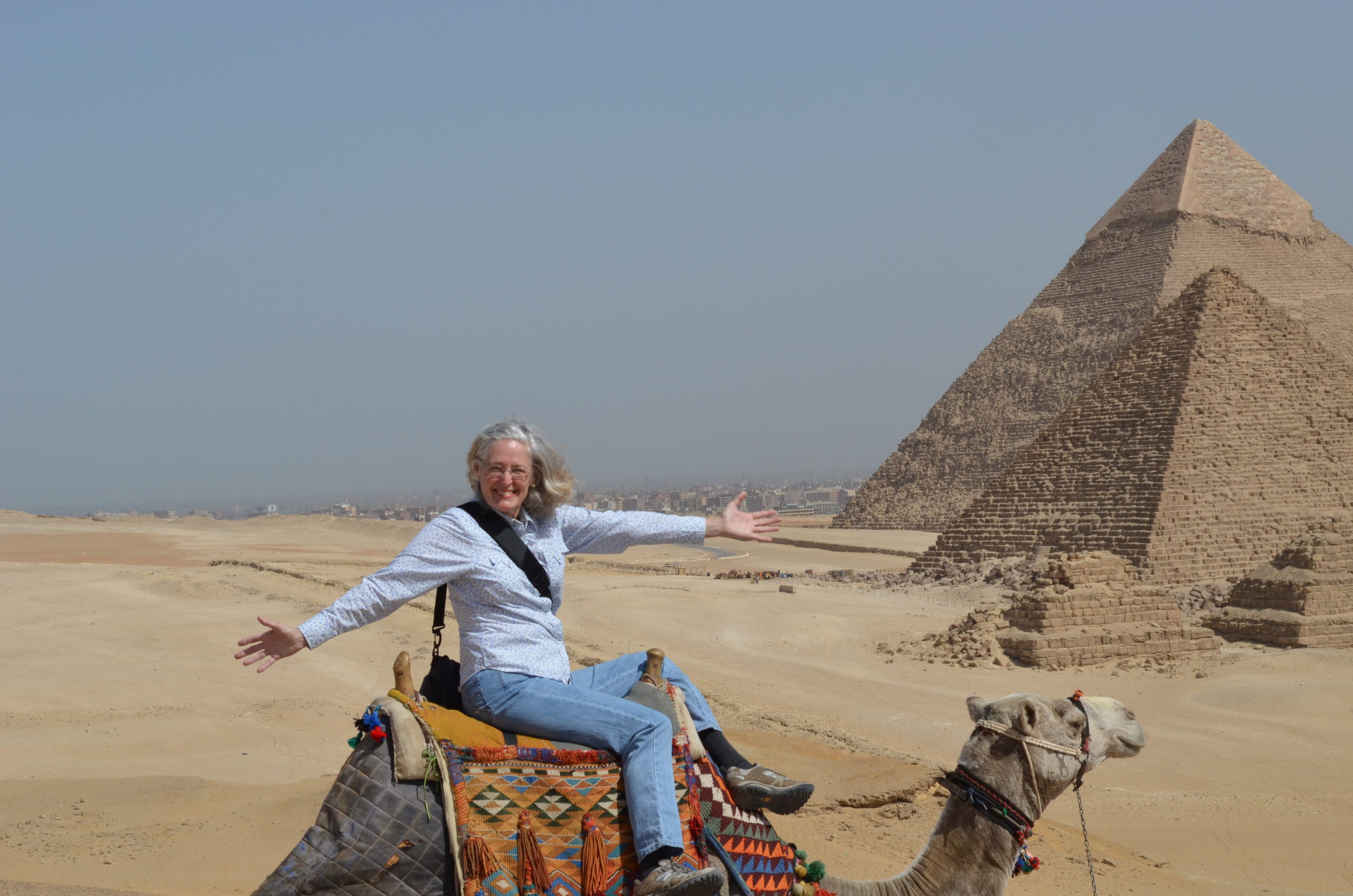 You might say Paraclete associate and world traveler Sharon McElwain finds herself in the right place at the right time.

She managed to be in Russia not long after the fall of communism, to invite spiritual conversations in a place otherwise void of talk of God.

She’s taught English in war torn countries where people get better jobs if they can become proficient.

And she was at her home in Estes Park, Colorado during this fall’s fires, requiring her to evacuate for a week.

“At 2:30 in the afternoon, the sky had an orange look,” she said. “Ash was falling on our car. All you saw was red taillights. Everyone was evacuating.” 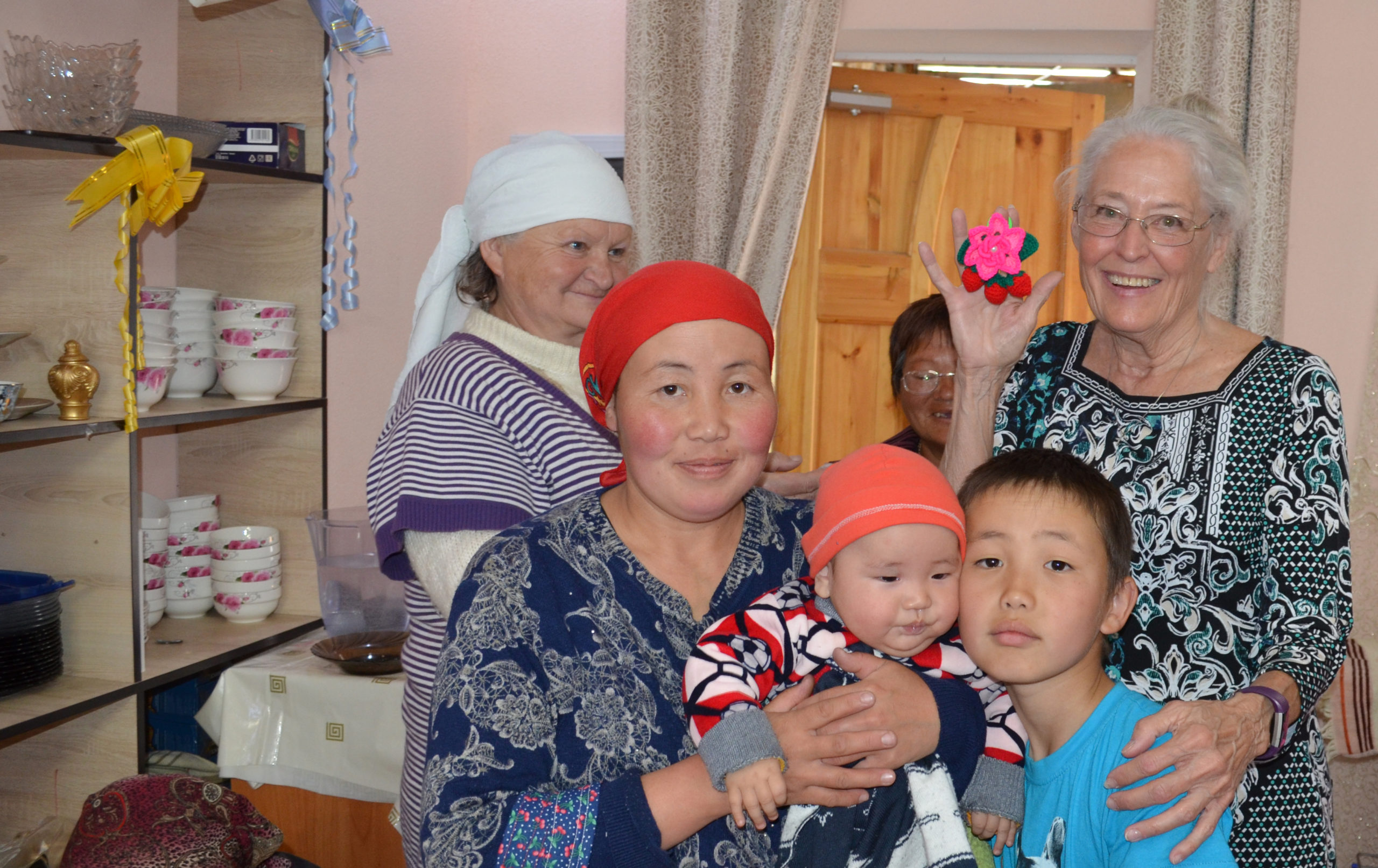 Well, some would say that was definitely not the right place nor the right time. But she was able to witness God’s provision and even going through that evacuation has given McElwain a sense of comradery with friends in the Middle East.

“A friend in another country sent me a video of the flames coming to his house,” she said. “We had fires. He had fires.”

And with COVID-19 interfering with most of 2020’s travel plans, finding ways to connect with, encourage and help the many friends McElwain has scattered around the increasingly-isolated globe has been particularly meaningful.

“I really want to get back to my people,” she said. “They have all encountered horrible things, with job and health and fires. I would like to get back and encourage.” 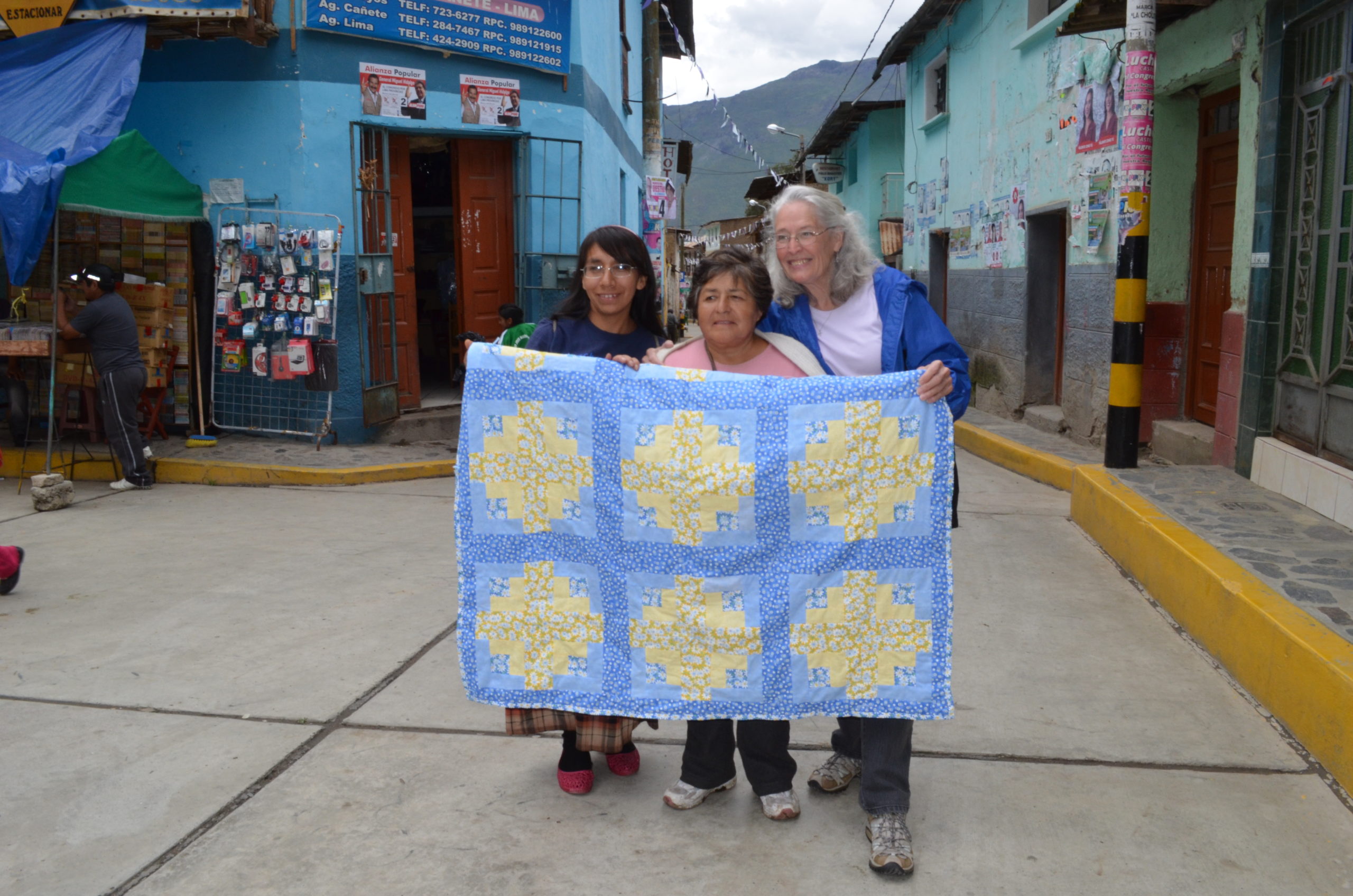 Previously a public school teacher, McElwain has traveled to 47 countries, but often returns again and again to the same communities, to relationships she loves. She doesn’t have a favorite country, and while she’s had “beautiful experiences” everywhere, she cares more about people than places.  And she wants to care for them well, in the ways the communities request. She’s shown women who live and work in garbage dumps in Egypt how to sew and quilt so they can start their own businesses. She visits an orphanage in Zambia. She’s stayed with a Muslim family in the Middle East so she could teach English courses.

And wherever she goes, she tells stories.

“Many people where I visit don’t read or write, so storytelling has been a part of their culture for centuries,” she said. “They identify with it.” 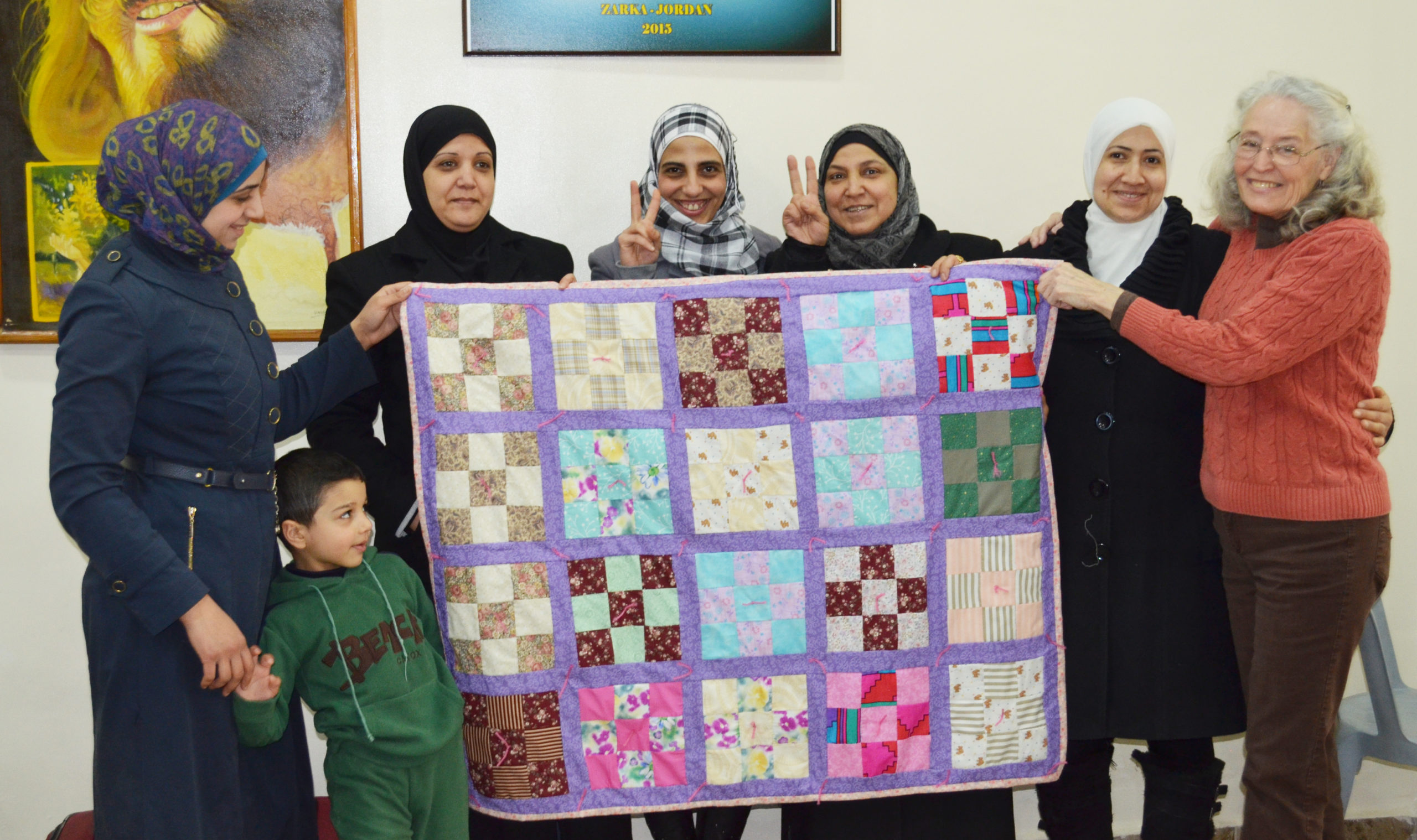 She tells stories of how Jesus cared for women, often to women whose husbands beat them when they’re pregnant, call them names, and allow their oldest sons to mistreat their mothers, too.

“I try to incorporate how much Jesus loves them and how beautiful they are,” she said.

She tells parables about forgiveness in places with long histories of violence where people struggle not to hate their neighbors. And she talks to African children who bleach their skin about God’s care in creating the world.

“It makes me sad to think that people have to try to change how God made them because they’re ashamed,” she said. 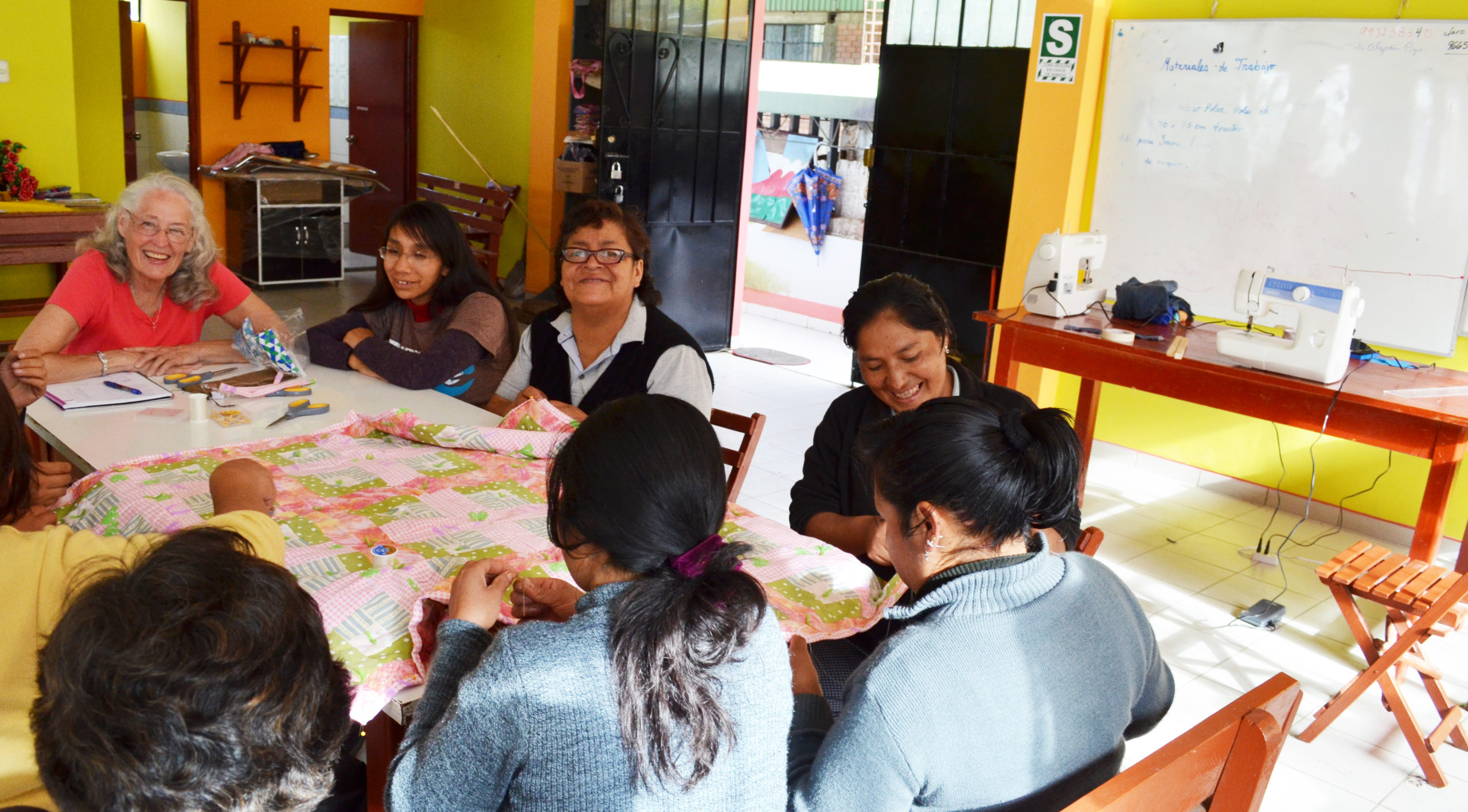 She also sits with the hardest of questions. Like, why did God allow each of an African woman’s three babies to die before they were nine months old?

“It breaks my heart,” she said. “Their medical system is horrible. Their living conditions are horrible, Most only have one light bulb.”

But McElwain has seen God provide doctors for the sick, funding for sewing machines, courage in the face of machine guns, healing for her own cancer, and frequent instructions for how McElwain can serve others.

“Every morning, I wake up and make my coffee and I read the Bible,” she said. “I talk to the Lord and praise him for caring for me in such a beautiful way. I thank him for everything he’s given in partners and friends.”

God willing, and if she can get the COVID-19 vaccine in time, she’s got four trips—four opportunities to be in the right place at the right time again—scheduled for 2021.