The deaf-blind need their own Bible. One Paraclete associate won’t give up until they have one. 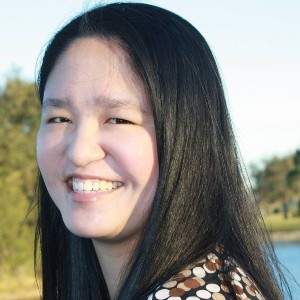 Emely Wang was trying to figure out how to buy groceries in her new town. At the same time, she was also working to solve one of linguists’ biggest quandaries. How do you create a language for those who are both deaf AND blind?

After years of helping in this Bible translation project for Wycliffe Associates, in 2019, she felt moved to make a ministry change. She learned of a position—in Texas—to work with missionary kids visiting the States with their parents. She packed up her life in Florida and made the transition. Then the pandemic hit. Her ministry plans were canceled.

“Nobody was traveling and I’m here in Texas and I’m not doing anything,” she said.

She learned that Wycliffe and its team of support staff and linguists had put the deaf-blind translation project on hold due to funding problems. Oh, and one other teensy problem. The way they’d been doing it—using a 3D printer to print Bible verses in a language that uses simple picture-symbols—takes seven hours to print just two verses. It just wasn’t feasible.

“We’re going to be printing for a very long time,” she said. “Meanwhile I was burdened that every day that we are working on a prototype, is a day without God’s word. I wanted a solution that would bring something to do, that would get them, even if it’s the book of Mark.”

So, she has picked up the ball on her own. She joined Paraclete, which allows associates to lead their own ministry projects. And she’s been busy both figuring out her new life in Texas and tracking down solutions to give the deaf-blind all over the world their own Bible.

“God’s opening the doors to solutions for the deaf-blind, so I’d like to see those solutions be turned into reality,” she said. 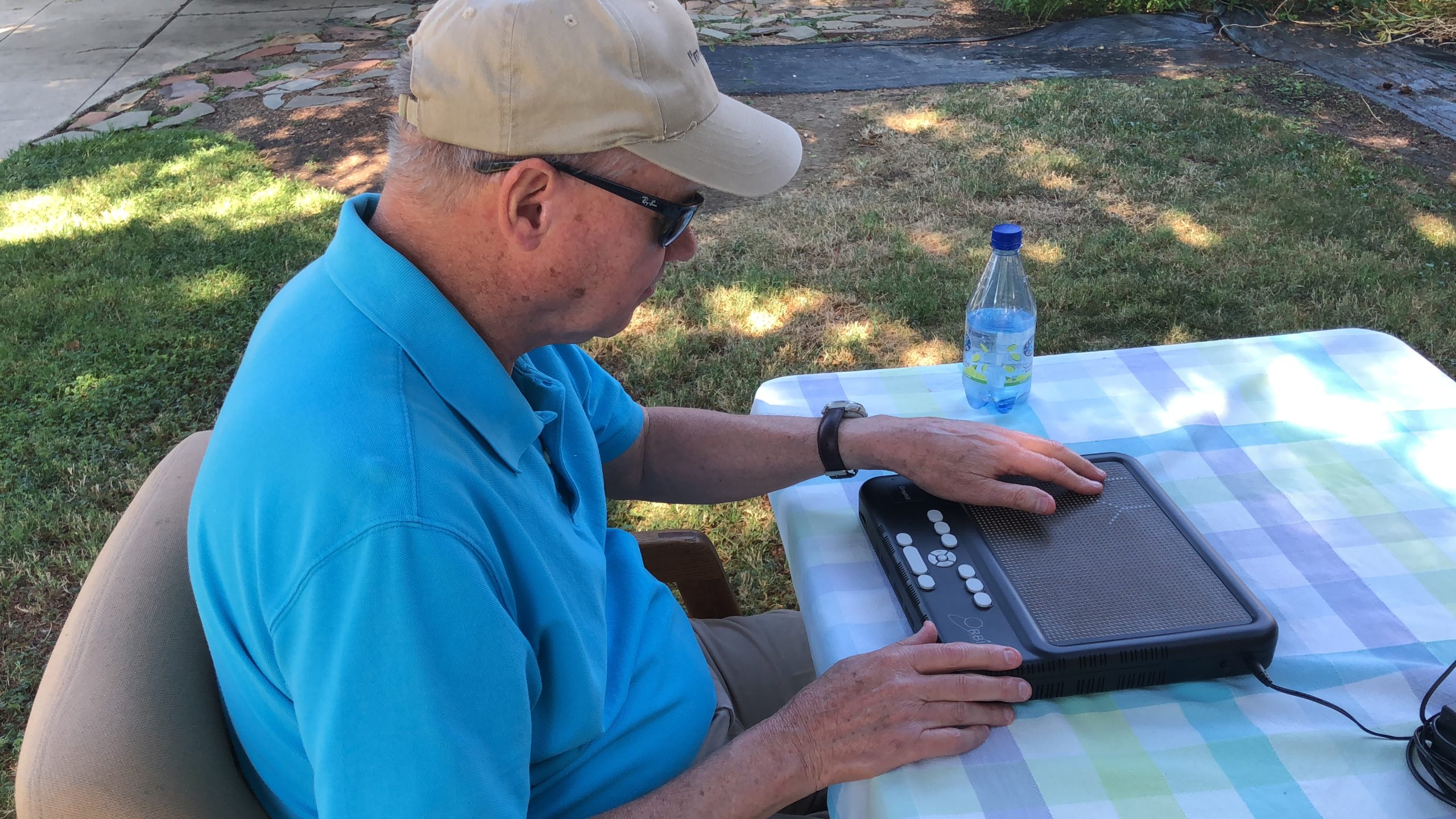 For those either deaf or blind, the solutions have already come. Only 2 percent of the deaf around the world know any kind of sign language at all. But due to Wycliffe Associates’ efforts, the deaf now have their own written language that can be used for Bible translation. The language is called Symbolic Universal Notation—SUN and it relies on pictures, not letters, that resemble real objects. For the blind, braille Bibles seem like an option, but only 10 percent of the world’s blind population knows braille. Audio Scripture has become a better solution for them.

But those who are both deaf and blind need some 3D use of SUN for the words to mean something to them.

Since moving to Texas, Wang has tracked down a less expensive version of a new tablet that uses raised images—but which currently costs $15,000 for just one tablet. At Wang’s request, the company is working on making a less expensive version. Another possible solution could be a special printer that raises images on the page using a heating element, called Pictures in a Flash. It raises images printed from a laser printer onto special paper, printing in seconds instead of hours. It’s pricey—$1.50 a page. But Wang hopes it could be a temporary solution, that perhaps the printers could be purchased and hand-carried to other locations, at least until the tablet is available.

However, Wang’s dream is to find something that could be easily brought to other countries for local deaf facilitators to teach the deaf-blind this language. The deaf-blind in some places already feel hidden away by family, making them feel invisible.

“They’re seen as a curse in their family,” she said. “They are the invisible population. Nobody talks about them.”

Wang knows a thing or two about feeling like a curse. From the age of 12, she felt worthless and became obsessed with suicide.

“By the time I was 18 I had had 14 different suicide attempts and a dozen hospitalizations,” she said.

A Bible verse is what saved her. She was getting ready to make another attempt on her life, but happened to stop in a book store on her way to buy sleeping pills. She picked up a children’s book about the Christmas story, told from an angel’s perspective.

This verse, in the book, from Romans 8 stuck out to her: “For I am convinced that neither death nor life, neither angels nor demons, neither the present nor the future, nor any powers, neither height nor depth, nor anything else in all creation, will be able to separate us from the love of God, that is in Christ Jesus our Lord.” 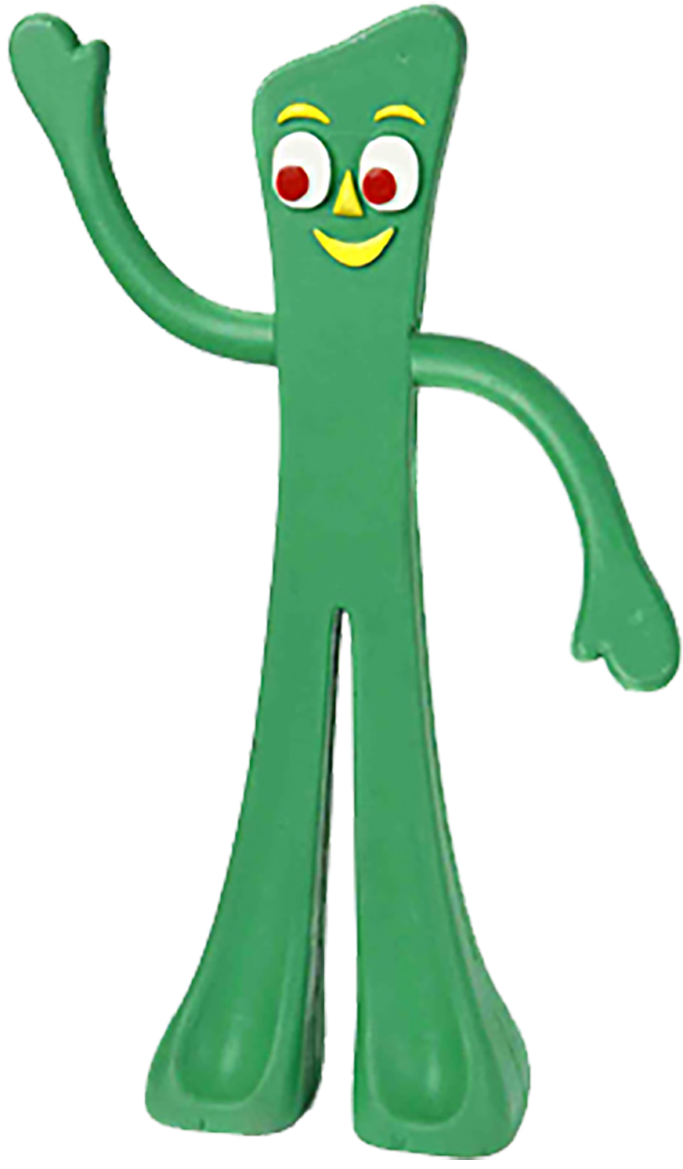 “I’m part of creation,” she thought at the time, “So does that mean that I cannot separate myself from God’s love? In that case, you’re telling me God’s love is Emely-proof. I can’t wreck it. If it’s safe from me, then it’s available to me. All there is left for me to do is decide whether I want it or not, that’s what I’ve been looking for all my life. I gave my heart to the Lord that night.”

Ironically, she’s not a linguist. She kinda fell into working for Wycliffe Associates, where she got her Bible translation start. And she’s bad at drawing. Growing up as a daughter of Taiwanese immigrants, she learned conversational Mandarin Chinese and eventually learned to read and write it, too. The SUN language is loosely based on Mandarin, so there’s that connection. And she calls herself stubborn and creative–she uses green plastic Gumby dolls to teach the Bible. But mostly, she relies on God to walk with her through this challenge.

“I’m kinda glad that God opens one door at a time,” she said. “I only see the door in front of me and don’t have to worry about the other doors. It’s a little scary. I’m just jumping out in the middle of the ocean and hoping there’s something my feet land on.”

1 thought on “The deaf-blind need their own Bible. One Paraclete associate won’t give up until they have one.”